✔ Nick April 13, 2017
Ambedkar Jayanti or Bhim Jayanti  or Dr. Babasaheb Ambedkar Jayanti is annual festival which is coming on 14th April every year. It is celebrates in hounour of our beloved Dr. Babasaheb Bhimrao Ramji Ambedkar. It marks him's birthday in 1891 & is a public holiday throught India. Every Year People in India celebrate Ambedkar Jayanti with great enthusiasm more than like a festival. 2017 Ambedkar Jayanti is 126th Birthday anniversary of him which will be celebrated in grand way. On this Festival not only people of India is giving respect to them but president, prime minister of India & other political party leaders every year to his statue at the Parliament, New Delhi.

People of India celebrates Ambedkar Jayanti with very happily every year for respect of his unforgettable & uncountable contributions for the poor people of India. He is also father of our Indian constitution who drafted the constitution of India. Also he was a great human rights activists & had established  the "Bahishkrit Hitkarini Sabha" in the year 1923 in India with the aim of spread the necessity of education as well as enhancing the economic & social status of poor & low group people in India. He also known for his social movement for people with slogan "Educate-Agitate-Organize" with aim of rebuilding the Indian society from eradicate the casteism in India by following the rule of equality of human beings. Indian people worship Dr. Babasaheb Ambedkar like as god for their notable efforts for the Indian People. Happy Ambedkar Jayanti to all Indian in Advance. You can also send these birth anniversary of Dr. B R Ambedkar wishes images, quotes, messages & wallpapers to your friends & family members to share & post on Facebook & WhatsApp status. 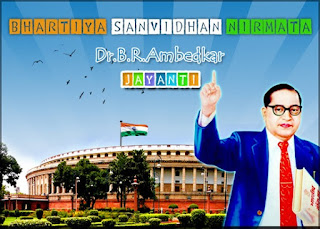 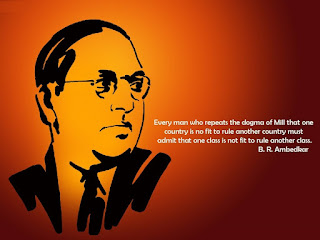 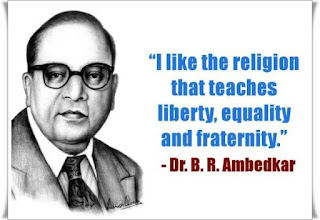 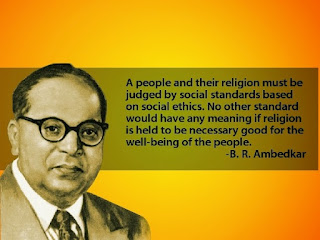 For a successful revolution
it is not enough that there is discontent.
What is required is a profound and thorough
conviction of the justice, necessity
and importance of political and social rights -
Happy Ambedkar Jayanti 2017

Men are mortal. So are ideas.
An idea needs propagation
as much as a plant needs watering.
Otherwise both will wither and die.

In Hinduism, conscience,
reason and independent thinking have
no scope for development. Dr B R Ambedkar

It’s day of celebrations,
It’s day to value a special person,
Who taught the world the lesson of Self Confidence
It’s B R Ambedkar.
Happy Ambedkar Jayanti 2017

On the occasion of Dr Bhimrao Ramji Ambedkar’s birthday,
may we learn from him the spirit of self confidence
and will to fight against oppression!
Happy Ambedkar Jayanti!