✔ Nick April 04, 2017
Hindu are celebrating Rama Navami on the 9th day of Chaitra Navratri festival. This celebration is famous for the birth of Shri Rama - the seventh avatar of Vishnu's birth in the human form. This year Rama Navami is comin on 5th April, 2017 Wednesday. Its connected with significant story of lord Vishnu's Lord Rama avtar for his for the devotees. Checkout the here a complete details & information of Rama Navami 2017 Shubh Muhurat timings along with Puja Vidhi date and Vrat Vidhi according to the Hindu calendar is mentioned below. 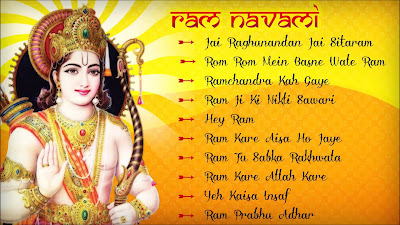 Ram Navami is on 5th April, 2017, Wednesday with the preparation of Lord Rama’s birth on April 4. On this day is called Shukla Paksha of the lunar month in the month of Chaitra (March – April) month in which lord Vishnu was born as a avatar of Lord Rama.

Rama Navami is the last day when Chaitra Navaratri is over and devotees can doing fasting for all day and taking only fasting food if they want but some are doing strict fast with eight Prahar fasting.

Vrat Vidhi: Peopel are considering fast timeings from sunrise to sunrise. At early morning, first they are doing worship of Sun and then starting with the puja with Lord GaneshJi and by making an offering to the Elephant God. Then they are trying to decorate Lord Rama Pictures with rangoli colors, flowers, vermilion, sandal paste, turmeric paste and an oil lamp to welcome the Vishnu's seventh avtar of Lord Rama in their house.