✔ Nick June 07, 2017
Lord Ganpati is famous and most worshiped God in India dauring ganesh chaturthi in Mumbai, they are celebrating around 10 days this festival. They are brought of idol of Lord Ganesha and doing worship for 10 days and then after the last day of festival they are immersed in the sea. There are thousand of ganpati mandals are available in Mumbai and the are organised Ganesh utsav on every year. People from around the world are coming to see the darshan of Lord Ganesh during Ganesh Chaturthi. Here we have listed the names of most famous and top Ganesh Mandals in Mumbai which are very famous to visit on Ganesh festival 2017. 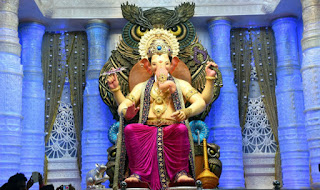 2. Ganesh Galli Ganpati: Lalbaug Sarvajanik Utsav Mandal, Ganeshgalli:
It is very famous Ganpati pandal in Mumbai for its attractive theme which are more n more people coming to see darshan of  Ganesh Galli Ganpati. Its called Mumbaicha Raja and located in near Ville Parel. In last few years they have made some unique ganpati like Pashupatinath Ganpati. This mandal is also got a Award of "Mumbai Cha Raja" With permanent Tag - Ganesh Galli's Ganesh Idol. 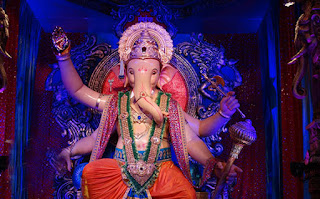 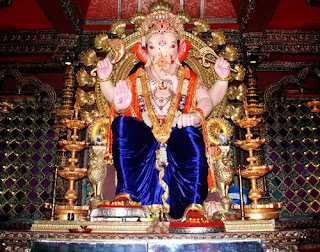 4. GSB Seva Mandal: King Circle Ganesh Idol, Wadala, Matunga:
It is known as Mumbai's Gold Ganesh idol. They made ganpati with gold jewellery with worth of around 10 crores. GSB Seva Mandal Ganpati is the costliest Ganesh in Mumbai. Its height of 20 feet studded with 61 kilograms gold and 600 kilograms of silver. 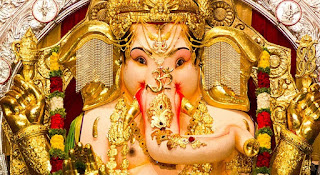 5. Chandanwadi Ganpati, Kalbadevi Tallest Ganesh Idol:
Its most popular and tallest Ganpati idol in Mumbai in 2010, located in Kalbadevi and have around 23-foot Ganesh idol with eagle shape. 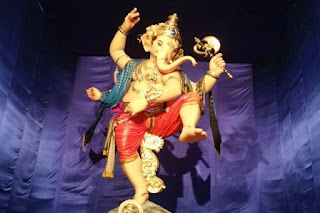 6. Tejukayacha Raja Ganpati: Tejukaya Sarvajanik Ganeshotsav Trust:
Its another most tallest ganpati in Mumbai area. The face of Tejukayacha Raja's is looking like same as the idol of this mandal. Its located in Tejukaya Mansion, Dr. Ambedkar Road. 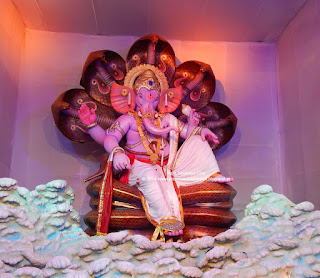 7. Chinchpokli Cha Chintamani: Chinchpokli Sarvajanik Utsav Mandal:
Its look like same Lalbaugcha Raja as first look and located in Chinchpokli, Mumbai. Its one of the best and oldest mandal in Mumbai. 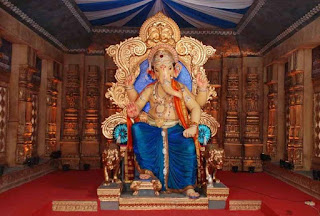