✔ Nick September 02, 2020
Every day in Hinduism is dedicated to some or the other god. In which Wednesday is considered as the day of destroyer Ganpati. On this day many people observe fasts etc. to please Lord Ganesha. Ganpati is considered to be the destroyer of miseries and the God who removes trouble. Along with this, he also has the title of the first deity.

But be it Ganesh Utsav or any other festival, Bollywood has many great songs for these festivals and dedicated God, which increase the enthusiasm of the people. There are many such films in Bollywood, showing songs related to Lord Ganesh Ji. Let's know about those films and their songs, on which you can also dance fiercely at home. 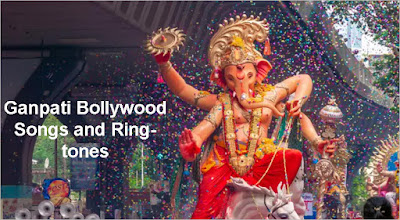 
#1. Film Agneepath - Deva Shree Ganesha
In the film Agneepath, a song Deva "Sri Ganesha Deva" was filmed on Hrithik. Also Ganesha festival was also shown celebrating the festival. The special thing is that this scene was also shot in Maharashtra. Maharashtra is very famous for Ganesh Chaturthi. The film was released in the year 2012.

#2. Film ABCD - Sadda Dil Bhi Tu
The song "Sadda Dil V Tu" from the film ABCD is also very popular. This song from this film, directed by Remo D'Souza, is played every time on Ganesh Utsav. When people are seen swinging fiercely. The film featured Varun Dhawan, Shraddha Kapoor and Prabhu Deva in the lead roles.

#3. Film Banjo - Bappa
The song "Bappa" from the Ritesh Deshmukh starrer film Banjo is also one of the favorite songs of the audience.