The Shiv Puran (शिव पुराण) is one of the 18 Puranas in the Sanskrit texts of Hinduism, and is part of the Shaivism (शैव धर्म) literature collection. One of the main deities of Hinduism (हिंदू धर्म), Devadhidev Mahadev i.e. Lord Shiva is also known as Bhagwan Shankar. In all the Puranas, This Mahapuran Katha (शिव महापुराण कथा) is mainly associated with Lord Shiva and Goddess Parvati, but all the gods and goddesses are described in it. For this Shiv mahapuran, the main day is considered to be Monday, the first day of the week. According to Shiva Purana, a person who regularly worships Shivling gets the power to face the miseries in life.

Around 24,000 verses (श्लोक) are found in the Shiva Purana, which is divided into seven samhitas (सात संहिताओं ). This Purana has shown a the character of all history life of Lord Shiva. This puran is also suggesting the right way to prayer for Lord shiva to liberation (पापकर्म) suffering from the sins of Kaliyuga (कलियुग). It is believed that whoever worships and listens to Lord Shiva according to this Shiva Purana, Lord Shiva blesses him. If it is recited in the month of Shravan, then it is considered to give very auspicious results, apart from this, it must be recited on Monday, by reciting Shiva Purana on Monday, one gets the special grace of Shiva and destroys sins and future becomes pleasant.

This is a holy book for the Shaivite sect (शैव मत). Shiva glory (महिमा) is described in this religious text. This creation has been created only by the wish of Lord Shiva, so a person who worships him can get all the things of the world. Let's learn about the Shiv Puran in Hindi with katha book to read online. 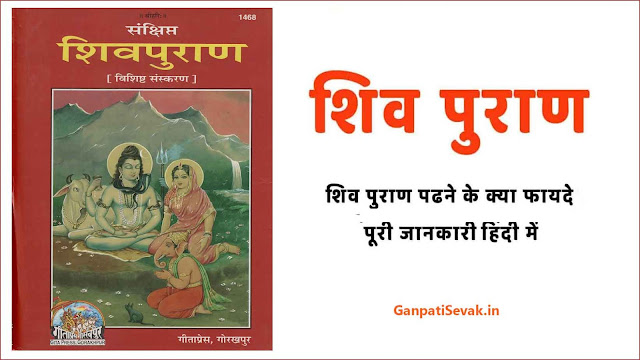 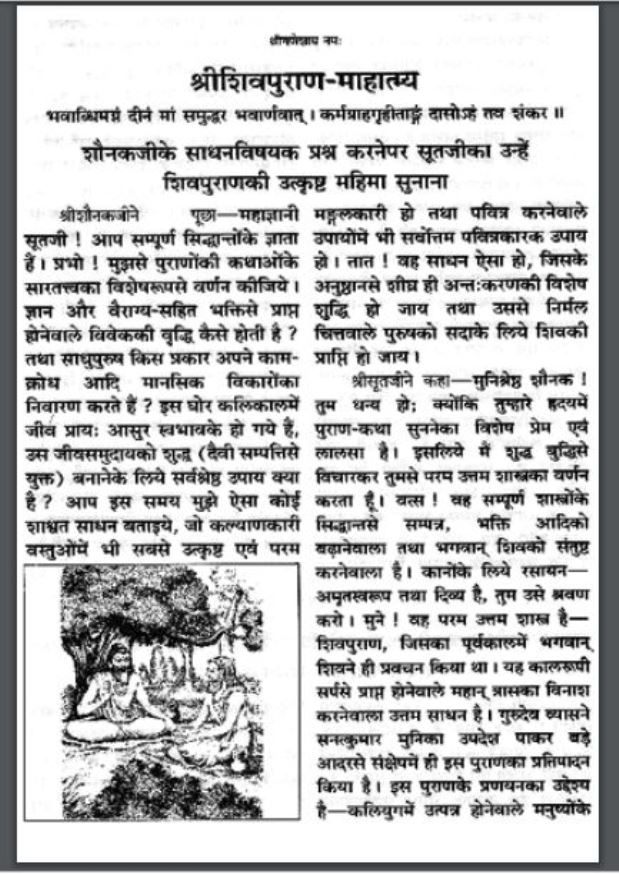