The Hindu deities (देवता) are actually only 33 crore (33 करोड़). So at the same time some believe that there are 33 categories of deities (33 कोटि देवी-देवता) in Hinduism, not 33 crores. These include local and regional deities. Many people are confused about this context till date. In the texts of Hindu religion, Koti Devbhasha (कोटि देवभाषा) is a Sanskrit word which means type. That is, it means that there are not 33 crore in Hinduism but 33 koti i.e. types of deities. 33 categories of deities have been mentioned in the scriptures, not crores. Just as the meaning of the same word is different when the same word is used at different places, similarly the word Koti has two meanings in Devbhasha Sanskrit.

God is one but his form is different, due to which we all worship according to Hindu scriptures (हिंदू शास्त्र) with different method and rules. In Hindu Sanatan Dharma, it is free for everyone to worship the God of their choice. There is no hindrance in this and by worshiping anyone one can attain 33 categories of deities. Today we are presenting here for you with complete list of Hindu Deities names and Hindu Gods and Goddesses list.

We has prepared list of total number of Hindu Gods & Goddesses list. As per Hinduism, poeple in India is believing in all types of gods & goddess. As per researched, there are millions of gods and goddesses in Hinduism. Here is the list of complete list of hindu gods and hindu mythological names. 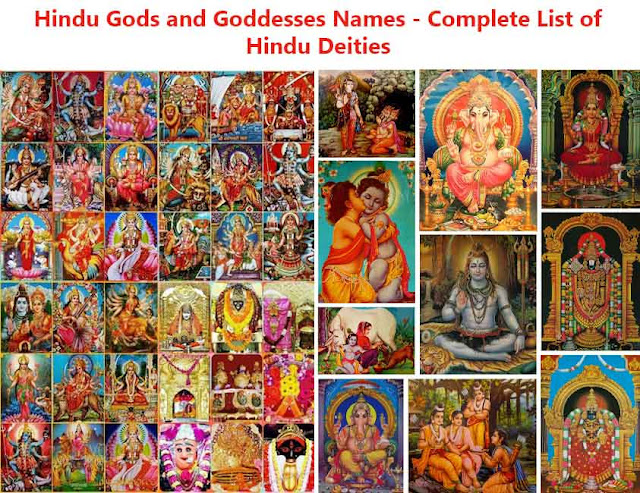