The Saka Calendar 2022 is also known as National Calendar of India which are very famous n India. It is started in the year 78 AD. The first month of Saka Calendar is Chaitra month which have in the year is 1943. Its one type of Hindu calendar 2022 but Hindu communities are not using this calendar they are believing in regional lunar or solar calendars. There are different cities are following different Saka Calendar such as Maharashtra, Andhra Pradesh, Telangana, Karnataka, Gujarat and more.

The Saka calendar today by the Indian Government which was adopted in 1957. This calendar was later introduced as "Indian National Calendar" in 1957 which is consists of 365 days and 12 months same as similar Gregorian Calendar. The first of this panchang is always start from March. This historical Saka Era calendar is mainly used by Indonesian Hindus in Bali and Java.

The National Calendar of India is based on the Saka Calendar.

There are four types of calendars are Indian people are using in which the National calendar has a good relation with the history of our country. Checkout the Saka Calendar 2022 PDF format. 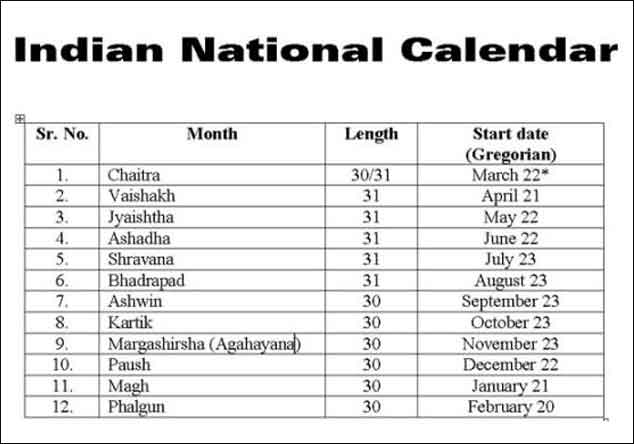