Mohini Ekadashi (मोहिनी एकादशी 2022) is considered a very holy, fruitful date and one of the important fasting days in Hinduism. This time Mohini Ekadashi 2022 is coming on 12th May 2022, Thursday. This fast is observed on the Ekadashi of Shukla Paksha of Vaishakh month (शुक्ल पक्ष की एकादशी), this day is celebrated to worship Lord Vishnu (भगवान विष्णु) and his incarnation Mohini. It is believed that fasting on Mohini Ekadashi day removes all sins (पाप) and sorrows. Reciting the Mohini Ekadashi katha on this day gives a virtue equal to donating one thousand cows (एक हजार गायों के दान के बराबर पुण्य).

According to mythological beliefs, Lord Vishnu took the form of Mohini on the day of Mohini Ekadashi to take nectar (असुरों) from the Asuras and give it to the deities. All Ekadashi are known by different names and Ekadashi fast is dedicated to Lord Vishnu. Know when is Mohini Ekadashi Vrat 2022 this time, know about the auspicious time or shubh muhurat, puja vidhu, significance and special measures to be done on this day. 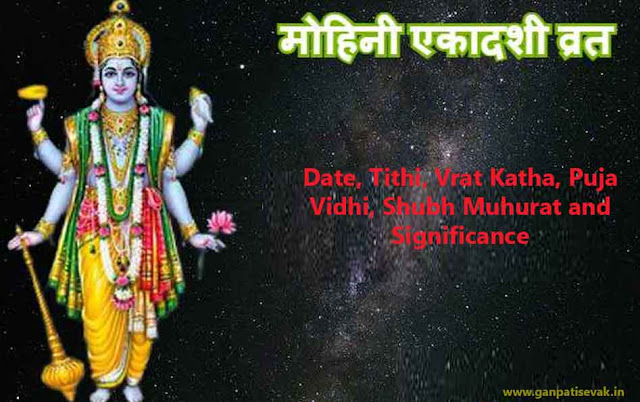 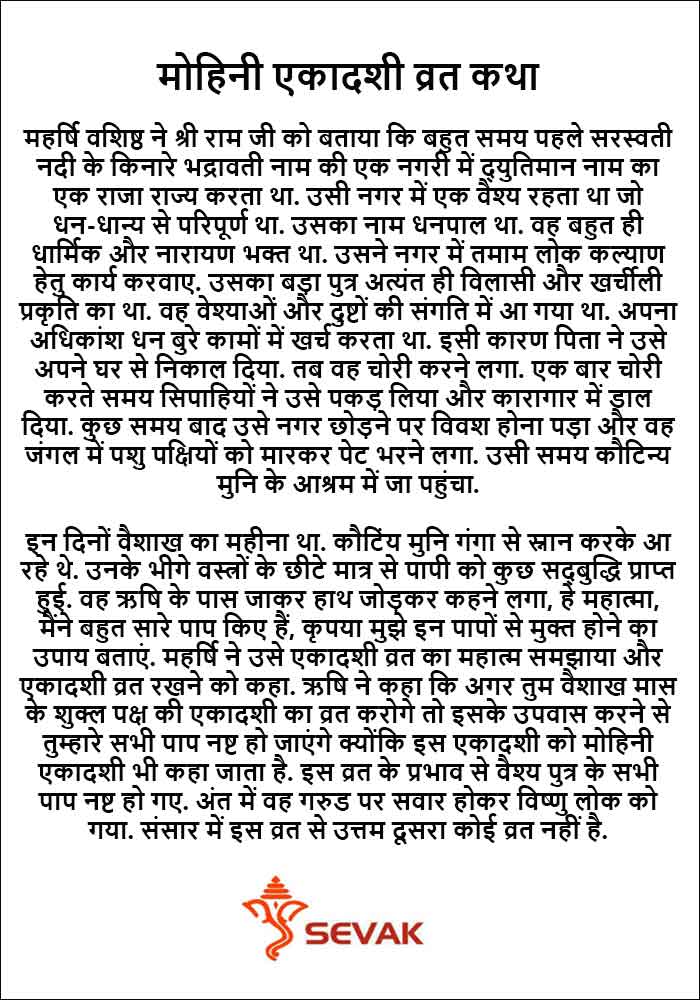 According to the legend, when the (समुद्र मंथन) churning of the ocean took place, after receiving the nectar, there was a ruckus between the gods and the demons. The gods could not defeat the Asuras (असुरों) on the strength, so Lord Vishnu took the form of a Mohini and trapped the Asuras in the trap of his illusion and made them drink all the nectar from which the gods attained immortality. It is believed that the importance of Mohini Ekadashi was first explained by Lord Krishna to King Yudhisthira (राजा युधिष्ठिर) and Saint Vashishta (संत वशिष्ठ) to Lord Rama. If a person observes the Mohini Ekadashi fast with utmost dedication and devotion, as a result he gets many 'virtue' or 'good deeds' (पुण्य या अच्छे कर्म). The merits obtained are equal to those obtained by donating a thousand crows (पुण्य एक हजार गायों का दान), visiting pilgrimage (तीर्थों की यात्रा) and performing yagnas (यज्ञों). Devotees become free from the cycle of birth and rebirth and attain salvation (जन्म और पुनर्जन्म के चक्र). By worshiping on this holy day, all sins are destroyed and salvation is attained after death.